India is one of the countries suffering the most from water challenges. As water becomes a more valuable and scarce resource for organizations, a group of leading companies, research organizations and industry associations..

India is one of the countries suffering the most from water challenges. As water becomes a more valuable and scarce resource for organizations, a group of leading companies, research organizations and industry associations – including the WRI and coordinated by the WBCSD have developed the Indian Water Tool to help organizations identify water stress related areas in their business location and measure and map water risk in India. 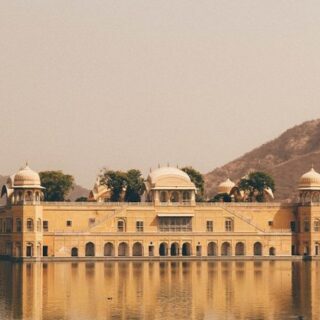 Water is the source of life and, as such, it forms an essential part of running the global economy. As water increasingly becomes a scarcer and more valuable commodity, and its quality and supply decreases, businesses face increasing competition and costs to get access to it, as well as the threat of increasing operational and supply chain disruptions. In India, a country home to 16 percent of the world’s population, but only 4 percent of water resources as its disposal, effective and sustainable management of water is of crucial importance.

The Water Crisis in India

India increasingly faces an upcoming wave of water challenges as it moves forward on the 21st century. I In the past 50 years the country’s rapid population growth, coupled with mass industrialization, expanding agriculture, urbanization, changing lifestyles and projected rapid economic development has resulted in competing demands for water resources and environmental impacts.. According to the 2030 Water Resources Group, a cross-sector partnership hosted by the World Bank Group to close the gap between water demand and supply by the year 2030, India’s demand for water is on path to outstrip supply by 50% by 2030.

Moreover climate change also poses a severe threat, as India has always been dependent on natural hydrological sourcing of freshwater through rainfall. The resulting impacts from climate change such as changes in rainfall patterns, increase in frequency and severity of extreme weather events and climate disasters such as droughts, floods will jeopardize water supply and its security, making it more difficult and expensive to access.

As these water challenges aggravate, 600 million people (roughly half of India’s population) are threatened with high to extreme water stress risks, and if business-as-usual continues many more hundreds of millions will be exposed to water stress risks and there will be a 6% loss in the country’s GDP by 2050 according. Thus, there is an in imminent need to deepen the understanding of water risks before putting in place interventions that can make the water use efficient and sustainable.

previous
How does the top 100 companies report on CSR (analysis by KPMG)
hello@va-biz.net
va-biz.net